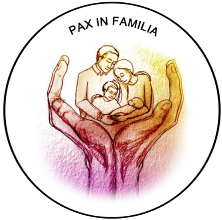 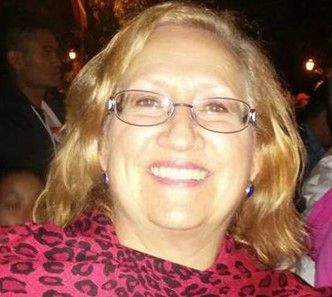 Docteur en psychologie clinique
Spécialiste de la violence conjugale
paxinfamiliatraining@gmail.com
http://paxinfamilia.org
http://drchristauriawelland.wordpress.com
drchristauriawelland@gmail.com
Welcome to this course! My name is Dr. Christauria Welland, the founder and director of Pax in Familia. My husband Michael and I are natives of Canada, and we now reside in San Diego, CA in the United States. I have been a catechist for almost 50 years, and a Catholic clinical psychologist for the past 25 years. I dedicated myself to study and research on this issue because of my experience working with families, especially Catholic families, so many of whom were struggling with domestic violence. Like most of my pastoral agent colleagues around the world, I had no training to understand, respond to, or help prevent family violence, although among the poor families where I worked I was confronted with it on an almost daily basis. I set out to find the answers and to devote my life to sharing these with others. I have done this first in the clinical community of psychologists and therapists by adapting, writing, publishing and delivering a treatment program for men who abuse their partners. I then shared this teaching, along with prevention work, for twenty years, in many countries, and especially in Mexico and Latin America.

In 2014, after the election of Pope Francis and his frequent expressions of concern for violence against women, my husband and I founded Pax in Familia, an international Catholic ministry dedicated to peace, and to the prevention of violence and abuse in Catholic families. In 2015 we delivered copies of my book to all the participants at the Synod on the Family in Rome, and I was privileged to speak at the World Meeting of Families, addressing this topic for the first time.

Of course, there is violence in families of any religion and no religion. Pax in Familia exists specifically to help Catholic and Christian families to learn to live in peace, love and harmony, and to integrate the beauty of our faith, Sacred Scripture, the Magisterium, the Social Teaching of the Church and the rich sacramental and prayer life of the Church and our smaller faith communities with contemporary best psychological practices to full advantage, to make our families more Christlike, more like the Holy Family.

By the time you complete this course, my hope and prayer is that you will not feel unprepared and helpless the next time you are faced with a situation of domestic violence in the course of your life as a sharer of the Good News of Jesus Christ. Welcome, and let’s get started!
Academic credentials

Christauria Welland, Psy.D. (Doctor of Psychology), a native of Canada, is a Catholic clinical psychologist residing in San Diego, California, USA. She is the founder of Pax in Familia, an international Catholic ministry dedicated to peace, and to the prevention of violence and abuse in Catholic families. She received the Fulbright Specialist grant for international teaching on intimate partner violence for the 2019-2023 period, which she hopes to use in Papua New Guinea and Sri Lanka.


She is nearing completion of a 16-week treatment program for Catholic and Christian women who are victims/survivors of intimate partner violence, which will be shared with her former students in various countries. A 20-week treatment for partner abusive Catholic and Christian men will follow in 2022. Both of these treatment programs will be available as courses on her online course portal.

On Feb. 3, 2021, Pax in Familia inaugurated the 8-module 40-hour online certification program for Catholic pastoral agents in English-speaking countries. Violence and Abuse in Catholic & Christian families: Preparing an Effective and Compassionate Pastoral Response. French and Spanish courses will follow later in 2021. Updates can be found at http://paxinfamilia.org/


Dr. Welland gave seven 5-day workshops in Africa in October and November of 2018, at the invitation of the Episcopal Conferences of Ghana, Cameroon, Rwanda, Kenya, South Africa, and Malawi. These workshops were funded by the USCCB as well as Mission in Aachen and Aid to the Church in Need. Bishops, priests, religious, catechists, educators, and Family Life ministries from all over each country attended these workshops. The topic was providing an effective and compassionate pastoral response to domestic violence in Catholic families, as well as the presentation an 8-week catechetical course on violence prevention for Catholic youth and couples. In 2019 she gave workshops in for the priests and laity of the Diocese of Santo Domingo in Ecuador and in San Antonio, TX at Mexican American Catholic College for the Catholic Extension-Hilton Foundation Latin American Sisters Program. In early 2020, she shared her work with Bishops, priests, sisters and laity of the Episcopal Conference in Sri Lanka. All of these countries have continued the work of reaching out to train others on response and prevention, and some have established national approaches funded by international Catholic organizations.


Dr. Welland has also shared her work on pastoral responses to domestic violence with the Archdiocesan clergy in San Francisco, and at several U.S. conferences, as well as Spanish trainings in her local diocese of San Diego and dioceses in Mexico. Interviews in YouTube format and Catholic news articles can be found on her website in English and Spanish. http://paxinfamilia.org/media-articles-radio-video-television/


Dr. Welland was an invited speaker at the Catholic University of America conference in July, 2016, entitled Hope. Help, and Healing: A Catholic Response to Domestic Abuse and Violence. She is a Member of the Advisory Board of Catholics for Family Peace at the National Institute for the Family. She was a special delegate to the Synod on the Family in the Diocese of San Diego (Oct. 29-30, 2016), and served on the Implementation Task Force for the Diocese. She met with the Cardinal’s Assistant and the Director of the Office for Women at the Dicastery for Laity, Family and Life in May 2017 and again in 2018, to discuss the topic of violence in Catholic families, where she received their full moral support. She continues to advocate for a deeper involvement in pastoral responses to domestic violence from the Vatican, especially in light of Pope Francis’ many comments on the issue in Amoris Laetitia.


Dr. Welland was invited to speak at the World Meeting of Families in Philadelphia, USA, in September 2015. At the Meeting, Dr. Welland addressed the participants on the topic of pastoral responses to domestic violence in Catholic families. At the request of H E Bishop Jean Laffitte, then Secretary of the Pontifical Council for the Family, she wrote an illustrated book on pastoral responses to domestic violence in Catholic families for the 2015 World Meeting and for the participants in the Synod on the Family in Rome in 2015. This book, How can we help to end violence in Catholic families? A guide for clergy, religious and laity, was printed in six (6) languages (English, Spanish, French, Portuguese, Tagalog and Tamil) and carries the imprimatur of the Bishop of San Diego. Pax in Familia has shipped two copies of the book to almost every Diocese of the universal Church. It is also available for free download online in all 6 languages on the website www.paxinfamilia.org. It was published in Korean by the Korean Episcopal Conference in 2019. The book is now in its second edition in English, French, and Spanish, incorporating quotations from Pope Francis's Amoris Laetitia into the text. It is published by Buena Prensa in Mexico (2019). In total, over 22,000 copies of the book have been donated to Catholics  around the world.

In 2014 and 2016, Dr. Welland sent copies of her Spanish treatment programs for Catholic couples and for partner-abusive men to His Holiness Pope Francis, and declared her desire to work for a more effective pastoral response to Catholic victims and perpetrators of domestic violence worldwide. His Holiness expressed his gratitude for her work and the books in a letter.

Dr. Welland retired from her 20-year private clinical psychology practice in Solana Beach, CA and her multicultural hospital practice in the rehabilitation department of Paradise Valley Hospital in National City in March 2021, to be able to devote herself full-time to the work of Pax in Familia and to continue with the non-profit work on education in Mexico.

For twelve years Dr. Welland was Adjunct Faculty at Alliant International University in San Diego, where she taught the doctoral-level licensure course on domestic violence from 2004 - 2016. In September 2008, she received a Fulbright Specialist grant from the United States Department of State, to teach at universities in Mexico and Peru on the topic of intimate partner violence (IPV) and the treatment of violent men. She is a member of the Advisory Board of the Association of Domestic Violence Intervention Programs (ADVIP), based in San Rafael, CA.

Prior to coming to San Diego in 1990, Dr. Welland worked as an educator and catechist with the poor and witnessed the effects of spousal violence on various continents, including 8 years in Mexico. Dr. Welland made partner abuse the topic of her doctoral studies, and has conducted further research on IPV among Latinos through the University of San Diego and local agencies.

As a result of working with Latino men who are violent to their partners in therapy groups since 1995, she co-wrote with David Wexler, Ph.D. a Spanish-language treatment program specifically for them, Sin Golpes, Como transformar la respuesta violenta del hombre en la pareja y la familia. The cultural adaptations were based on the literature and her doctoral dissertation, as well as a 4-year pilot study co-designed with Latino perpetrators in her therapy groups. This book and an accompanying workbook for the client were published in Mexico City in 2007 for distribution in the US and Latin America. It is one of the only approved treatment programs for partner-abusive men that includes sessions on the importance of spirituality in preventing relapse into violent behavior. With Neil Ribner, Ph.D., Dr. Welland published Healing from Violence: Latino Men’s Journey to a New Masculinity in 2008 (Springer, NY). She has published articles on Latino IPV in Violence and Victims and in Partner Abuse. In 2017, Dr. Welland received the Distinguished Contribution to Psychology Award from the San Diego Psychological Association for her international work.
She presents widely on the topic of IPV among Latinos in person, and via webinar in 2020, offering intensive workshops at universities and for state governments in the United States and Mexico, as well as several other Latin American countries and on other continents. She is also trained as an interpreter and translator for English/Spanish and presents material in Spanish as well as English.

Dr. Welland and her husband of 30 years, Michael Akong, L.Ac., have been engaged in voluntary ministry with migrant workers at their parish in San Diego since 1992. In 2012 she received the Lifetime Achievement Award presented by Border Angels of San Diego, in recognition of her two decades in ministry with Mexican migrant workers in the San Diego area. She and her husband are the founders and directors of the Oaxaca Education Fund, ministering in person to the educational needs of Oaxacan families in the villages from where many migrants come to San Diego from Mexico. http://oaxacaeducationfund.org/


Because Dr. Welland has worked with the very poor and uneducated for the past 50 years, she is well prepared to present not only to professionals in the catechetical and healthcare fields, but also to adapt the information for instruction and treatment with those who have lacked educational opportunities. Dr. Welland is an advocate for qualitative enquiry - listening to the voice of the poor and the cultural experiences of those who are in the field, to co-design interventions that will be most effective. She is deeply committed to educating Catholic clergy and pastoral workers on an appropriate response to and prevention of intimate partner violence in Catholic families worldwide. She and her patients, colleagues, and students are grateful that the Holy Father and the Bishops of the Church are addressing the victims and perpetrators of family violence, as well as those who minister to them, and pray for an official document and an international coordinated pastoral outreach in the near future.
Academic credentials